I am snarky... But I earned it 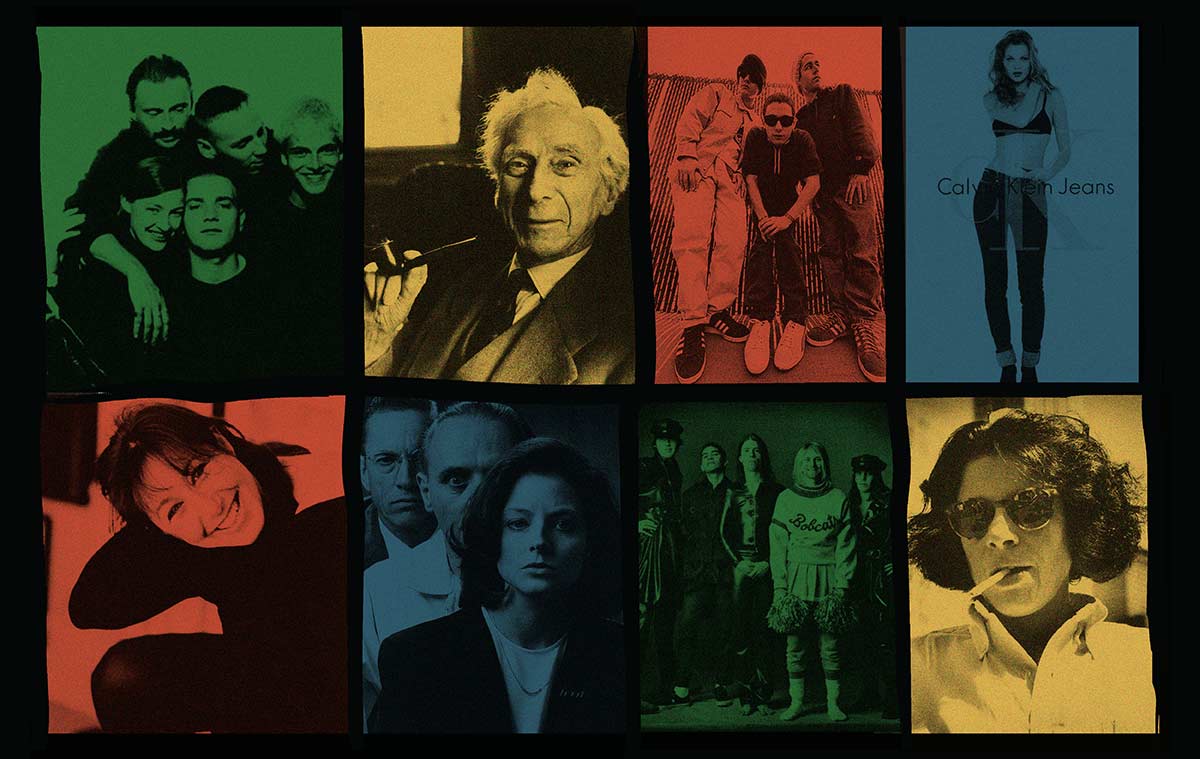 “The two things that excite me and make me vibrate, are the aesthetic feeling, beauty is what moves me and after that intelligence.” Ricardo Bofill

For like Woody Allen, the Awesomests believe that not only New York is a city that appears at its most romantic and compelling in black and white, but the entire world.
A highly cynical crowd who, in the late 1970s and early 1980s, were the teenage boys and girls filling up the malls or forming a new subculture. They spent most of their times outside with front doors rarely locked. When home, they were either glued to MTV or the landline keeping it busy for hours at end. Having been conditioned to shop within the confines of giant shopping malls, they continue operating with a similar mindset — expecting eloquence and specialisation; they cannot cope with the demands of activities, situations or challenges outside their established codes.
Today, the Awesomests hold a substantial level of personal growth and achievement; they know who they are, but neither have time, patience nor interest in pursuing things outside of what they came to believe as their perfect truth. This persona profile has been exposed to pop-culture for a few decades now with a ‘been there, done that’ attitude and they are not persuaded easily. They are the progenitors of grunge, and in the near past, they were the inspiration for the norm-core tribe (be wary of calling them that though!).

In the entry-level career days, they were the early adopters of the raw-edged seaming of Donna Karan’s signature Seven Easy Pieces— a pulled-together philosophy of dressing that featured jersey dresses, suits with stretch, and leather trenches to make the clothes work no matter where in the city you were headed, day or night.
Think of them this way: they had the privilege of experiencing an analogue youth along with a myriad of subcultures. This was followed by the digital era in which they grew up bit by bit. This eccentric upbringing provided them with a rare view on history, an emotionally-balanced understanding of the present, and an explicit idea of the future. The Awesomests are the definition of cool: they have lived it first, paid for it, and built their own truth. There are no rainbows and butterflies in their daydreams. There is, however, an endless repertoire of psychedelic real stories where they were the protagonist.

We are not your JNCOs, Airwalks, and Oakleys 90’s teenagers. We are real woman and men with actual curves, beer bellies and real life. We just ask you to give us something with decent quality that fits the rest of our staple wardrobe. Our sexiest items? The secrets we will never share with you. We could tell you two words though: Larry Clark. No, google it!
Lately, the best weekends are spent with friends and kids playing video games. NES Mini anyone? OMG! Again no way. F***ing google it. Then, chilling home watching a documentary film. BTW, have you seen ‘The centre will not hold’? No? Great, we have to make a night out of it.

What makes them leave their bed in the morning?

What keeps them up at night?

It was just over twenty years ago when we didn’t even have dial-up AOL yet. We need NOT be reached every damn minute of the day.
We still cannot believe that it’s been almost two years since David Bowie, Princess Leia, George Michael and Prince left us. We ao relieved to leave 2016 & 2017 behind. We hated them with passion. On a similar note: what the hell happened to MTV!!
Death, you ask? We are not obsessed with neither ageing nor dying. We have lived life to its fullest. What we care about though, is HOW we will die. And most importantly, that the kids we are leaving behind, if any, are not STUPID.

For every new cellulite, stretch mark and wrinkle I have a fabulous story that would rip your heart to pieces. Tell me if you can beat that girl with high cheekbones plumped with baby fat!

In my Film Library

Stranger Things (with Winona Ryder, what did you expect!)
Twin Peaks (My god David is back)
Slate
Sex and the City
Friends (1993)
Family Guy