The dialogue between man and hand has a long history of craft, tale, creation, strength and sensation.

There is nothing in this world more impactful and influential than the touch of a loved one. We crave it, live for it, and we continuously need it to reassure ourselves that we are alive. Today the association does not reflect solely on people but more on the daily relationship we have with our objects acting as body extensions. In the past, for instants, this connection was mostly linked to textiles, HANDcrafts, nature, and other people, but now we touch our phones 2,617 times a day.

“Our yearning for everything to be friction-free feels like it’s gone too far, rendering us with a wipe-clean reality, devoid of dirt and difficulties perhaps but stripped any textures.” Hugo Macdonald for Monocle’s The Forecast 2017.

The re-evaluation of how we experience craft comes primarily from our hands and therefore a renewed appreciation for its value. This newly found love could be credited to the way luxury brands over-emphasise the human touch. Merely because we feel the human hand within it and we are willing to pay a high margin for that intangibility.

Technological advances led the way for an alternative tactile adventure. We are starting to see hard evidence on how it is altering our behaviour and the way we deal and interact with the world. Meanwhile, though, we have built an integrated hyper-technological reality that touches a lot, only not humans. Consequently, we are craving the human touch more than ever because we remembered that for people it is crucial to feel.

“The majority of people now touch their smartphones more than any other object and the numbers are staggering: the Deloitte Mobile Consumer 2015 report found that collectively, Britons check their phones 1.1 billion times a day and 400 billion times a year, and for the US, the collective phone check is upwards of eight billion times per day.” — WGSN “future consumer 2018. 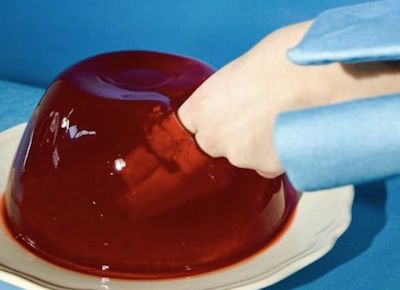 Source: The New Yorker “How Millennials like their Makeup”.

“The tactilians” are one of the most exciting persona profiles forecasted for 2018, they represent the perfect balance between technology and human definition. They are not afraid of getting lost online through technological means. At the same time, they do not want to miss the feeling of human interaction nor the value of having a person in front of them.

Dr Kate Roberts, a Boston-based school psychologist, tells Deseret National News, “Emoticons just don’t do emotions justice, but they’re an attempt to add what’s missing. Voice in action, body language, facial expression and the pheromones (released during face-to-face interaction): These are all fundamental to establishing human relationships. And they’re all missing with most forms of modern technology.” But some forms of modern technology are infusing touch and technology, are the key priority for this group.

The Reason To Believe

The primary trigger is based on intimate, immersive experiences, and the need for engineered sensations, therefore, the motivation comes from events that unveil a process. A great example is what Hérmes does with their exhibitions where they show the methods of ‘making’. Another big motivation is the possibility to connect and interact which allows them to have a sense of belonging through the physical approach.

Hermès Leather Forever Exhibition: The Making Of The Kellydoll bags from FASHIONIDE.COM on Vimeo.

Their behaviour is driven by sociability; they prize hyper-immersive technological experiences due to their constant focus on touch. Fondazione Prada is another example of how brands are embracing a new era of experimentation. In their “Carne y Arena” exhibition, virtual reality, realised by the Mexican Director Alejandro Iñarritu and with the help and partnership with Miuccia Prada, delivered an experience that was completed by the touch, feeling and virtual reality.

Retail experiences correctly centred around them such as Aesop, are ideated to indulge their senses. Omnichannel strategies built to avoid the compromise of physical spaces and embeds technology inside-and-out equally excites them.

The insight of our dear group is “We have five senses for a reason and using all of them make us feel alive.” The more they explore the constant re-invention of the human hand the more they are willing to participate. The tactile reassurance runs in their veins; every moment and every sense is an opportunity for indulgence.

“It’s not about fearing the advances of technology or denying the power of its development and potential use: it’s about respecting the fact that we need to keep ourselves in the frame as humans and play to our strengths. We have five senses for a reason and using all of them make us feel alive. We are more than just operators, we are more than sheep.”— Hugo Macdonald for Monocle’s The Forecast 2017.

Touch, I remember touch
Pictures came with touch
A painter in my mind
Tell me what you see

A tourist in a dream
A visitor it seems
A half-forgotten song
Where do I belong?
Tell me what you see
I need something more

Kiss, suddenly alive
Happiness arrive
Hunger like a storm
How do I begin?

Home
Hold on
If love is the answer you’re home