Promise To Tell The Truth, The Whole Truth and Nothing But The Truth 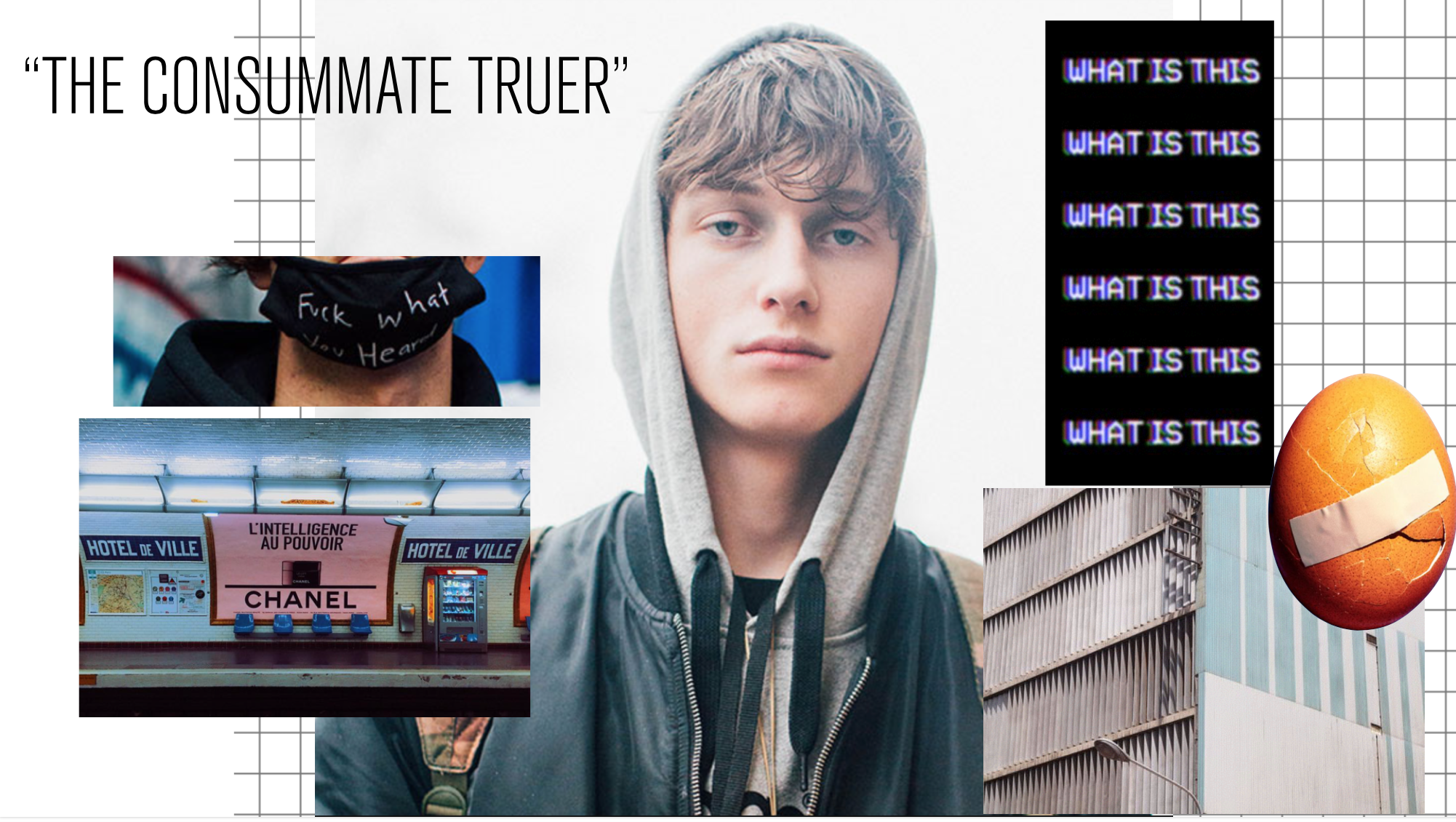 Truth: one of the most resonating higher values and asked for words in the human story. It always finds a way to come out and, at times, creeps in subtly without any need for shouting.

Now more than ever, in an interconnected age that not only represents an opportunity for global interaction and mass-scale communication, it creates a collective need to pursue what is real and identify what is fake.

It is quite curious and equally amazing how everything is connected; from politics, economics, and philosophy, to art, music, and technology. We were recently reminded of that connection on a late afternoon while watching the series: Mr Robot. Yes, pop culture! Whether you are in favour of this traditional media as a wisdom provider or not, one could not deny its power as an insightful resource able to absorb and project the contemporary culture narrative.

For those of you not familiar with the series, it was created in 2015 by Sam Esmail.
The story talks about an ultra talented young hacker who wants to save the world from the unjust political system– Edward Snowden anyone? And you might ask: what is his weapon of choice? Unsurprisingly, it is as binary as his views of the world: coding. He is on a quest to use his coding expertise to expose the “truth” along with a rebellious group called FSociety– An uncanny reinterpretation of “Anonymous”.

The storyline follows the main character, Elliot, while he is pursuing transparency by taking advantage of the access we have today with the internet. The series depicts an insight of how vulnerable we are now with our whole life spread online. A distinctive zoom-in on the younger generation, in this case, “The Millennials”, who are expressly struggling today with matters such as information overload and fake news. Mr Robot encapsulates the hero archetype facing a moral dilemma of using his access as a cyber security engineer to bring down the companies that he is hired to protect in the first place. It is challenging to shake up the similarities of the series’ events and its connection to our current global circumstances. 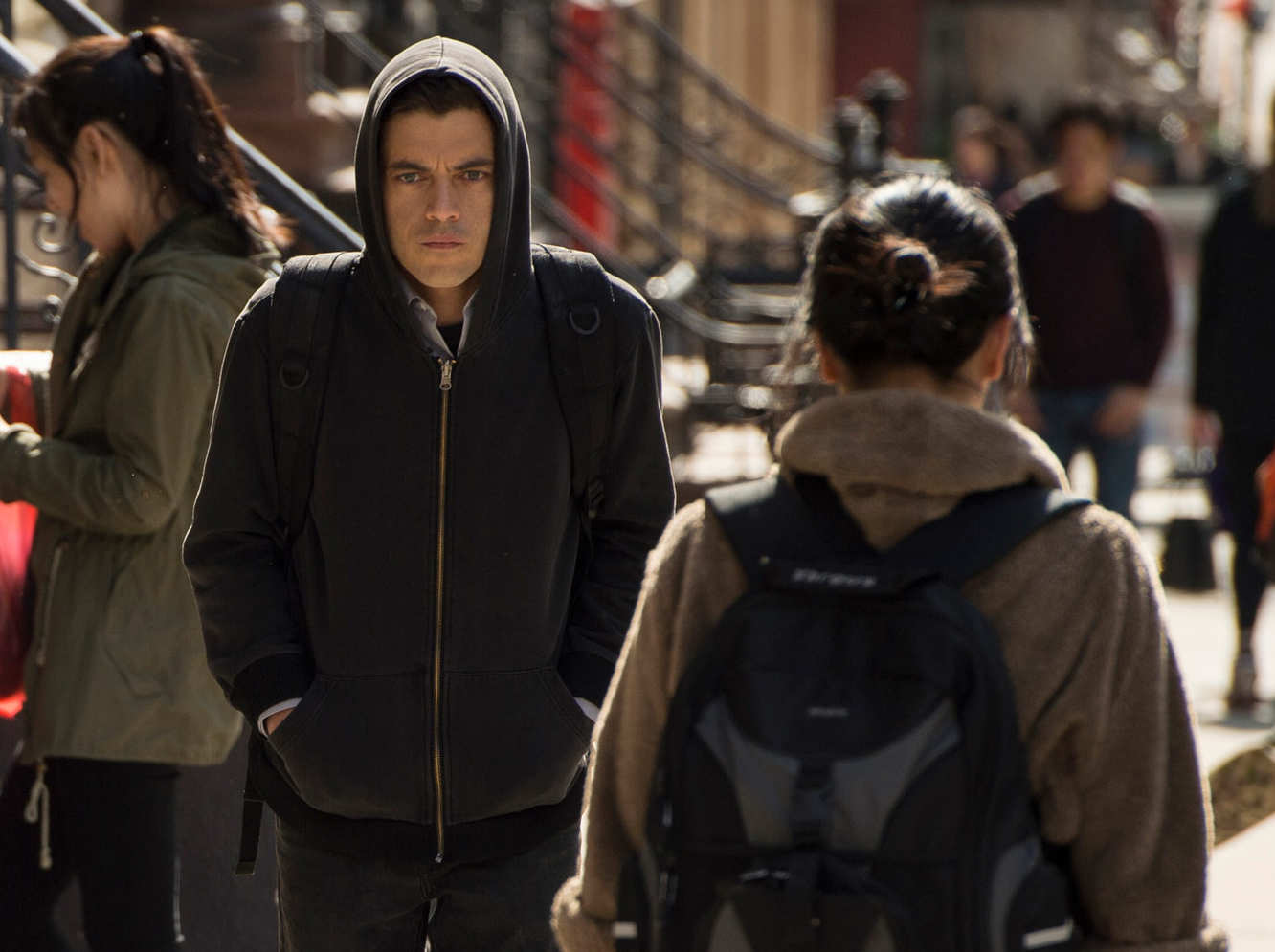 Pop culture aside, we can look also look at linguistics as another potent source and identifier of social climates. For instance, in June of 2017, the Oxford English Dictionary added two new words “woke” and “post-truth”. “Woke” means “‘aware’ or ‘well-informed’ in a political or cultural sense” mainly used to alert about discrimination and injustice. While “post-truth” 2016’s word of the year, means “relating to or denoting circumstances in which objective facts are less influential in shaping political debate or public opinion than appeals to emotion and personal belief”. In parallel, we saw young people raising their virtual-voices by communicating with these hashtags #staywoke and the #posttruth.

As the sound of “truth” kept pressing we also found it reflected by musicians. Amongst them is Kendrick Lamar and Lana Del Rey. Kendrick with his double platinum album “Damn” where in the song “Feel” he reflects the agony derived from confusion and struggle in the quest for the real:

Lana Del Rey, on the other hand, with her newly released album “Lust for Life” and specifically through the lyrics of “When the World Was At War We Kept Dancing” questions the whereabouts of the truth and if it is the end of an era?

By peeling the layers of these current events, we came across an intricate persona profile that connects all of the dots: The Consummate Truer. It is the ultimate survivor who found himself/herself in a massive net of information. This profile is always looking for transparent aesthetics and ideologies. Very sharp and well informed, deeply interested in visual arts, global politics and classic literature. It is a profile that won’t settle for banality or fakers. The pursue of honesty is a matter of utmost importance, and they practice it on a daily basis. Collectors of facts and givers of truths are one of the toughest profiles due to their knowledge is not possible to fool them, they are here watching you close. Quite vocal about their opinions, they are ready to abandon regardless of your intentions to be real as a brand, company or product.

“I’m not sure how or why that happened. But consumers do not want to be marketed to or lied to now. They are demanding the facts and truth”> – Margaret Youngblood creative director of Landor mentioned to Debbie Millman for Brand Thinking.

Lately, this demanding persona has decreased the trust with corporations, news and brands which generated substantial debate around fake news and which moved “Truth” and “Authenticity” as a value to the top of the list of this persona’s journey. 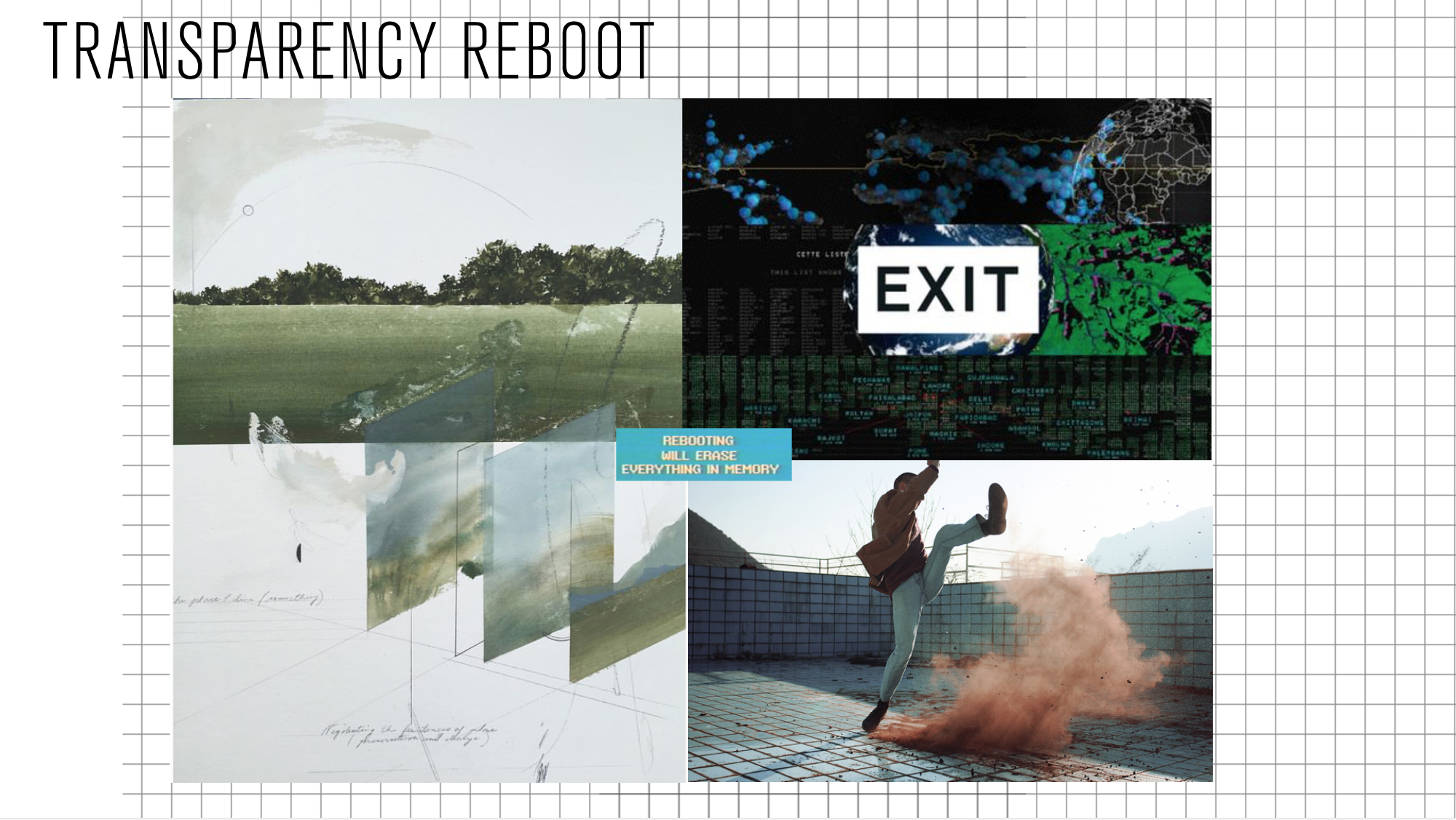 “Truth has become extraordinarily important. Millennials, in particular, are embracing authenticity and genuineness. There is no way that this can be every brand’s mantra- but it is critical to marketers go back and find the inherent truths in their brands instead of trying to hide them.”> – Cheryl Swanson founder of Toniq

“The consummate truer” is taken by rebellion due to their courage in showing and pursuing a transparency reboot. They are known for their stubbornness and constant search for the right source and where does it come from. Always looking to have an active-mode in changing their surroundings as a response of how absorbed they feel by information-overload and advertising everywhere which drives them crazy.

Since for each trend there is a counter trend, we saw a new breed of brands and platforms dedicated to transforming this advertising overloading. They are using technology as a mean of escapism and gaining control over their visual surroundings with AR that blocks ads.

“Truth really is the only sustainable advantage”

A great example is “No Ad” http://noad-app.com is an app that allows you to change advertising adds with your phone into art, creating a platform where you can upload and share your creations.

The main seed of thought or persona insight is that “Truth really is the only sustainable advantage”.

Some companies are already building their core around the “truth” such as HonestBy http://www.honestby.com proclaiming themselves as the world’s first 100% transparent company or Levi’s http://www.levi.com/US/en_US/features/sustainability with their approach of showing the facts and the true cost of their products.

As “consumers” they are prompt to invest in values such as truth, authenticity and genuine statements. They adopt outfits that come with a strong message reflecting truths like Gosha Rubchinskiy, Vetements, and Yeezy. In addition to letterings, slogans with a sportive flair. Outside of fashion? They are probably getting the last ticket to documentaries, art exhibitions and speaking their minds through essays online and of course always doing research.

“The consummate truer” will continue to give shots of intelligence. As truth detectives they are doomed to hardship and their questioning abilities will become stronger with each passing day. Don’t ever take them for granted or treat them as fools, this is one of the worst mistakes you can make, ask Pepsi…… they are not afraid to say how they really feel.

Consummate: to bring to a state of perfection; fulfil. 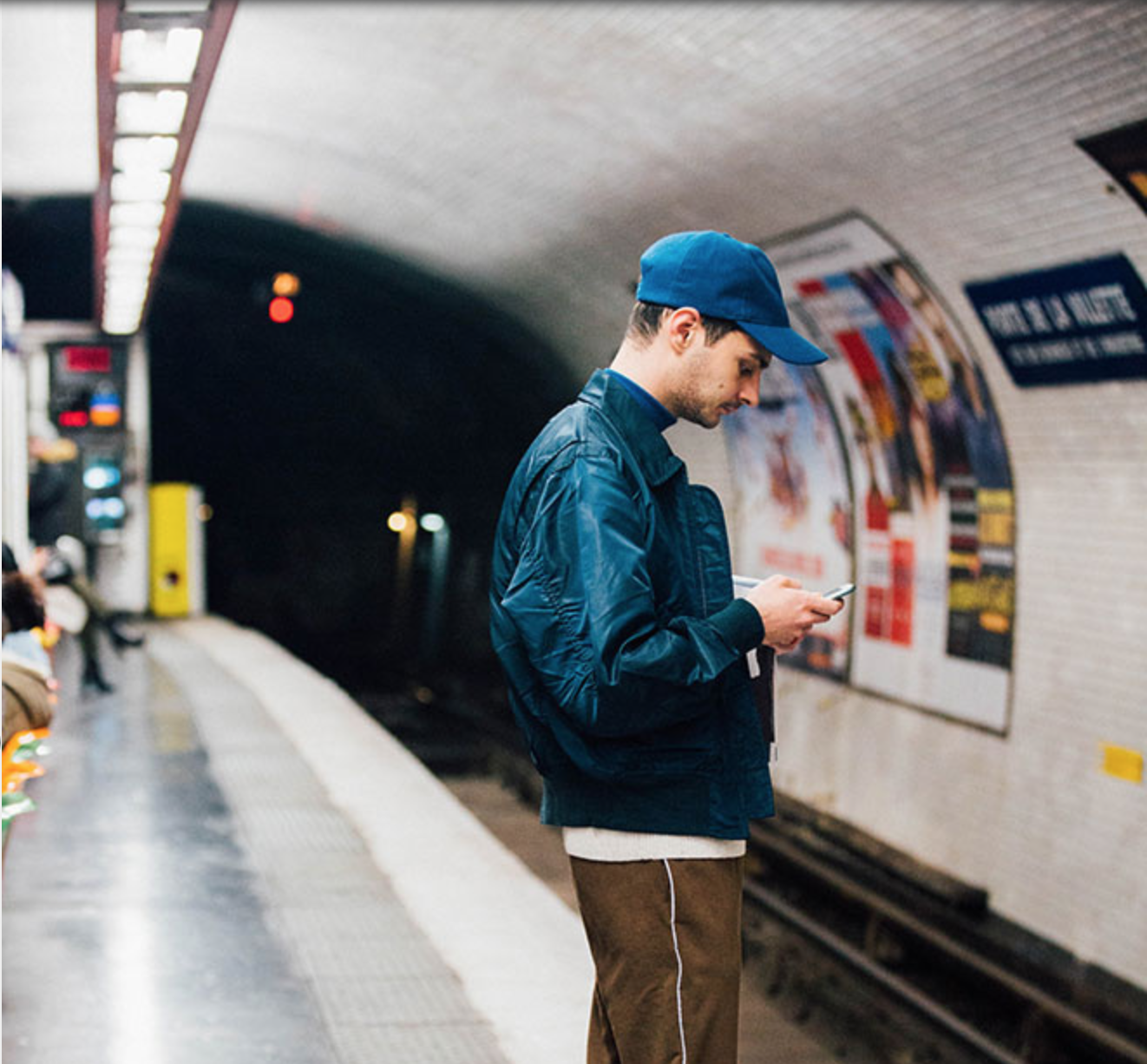