Prepare yourself for some serious sobbing 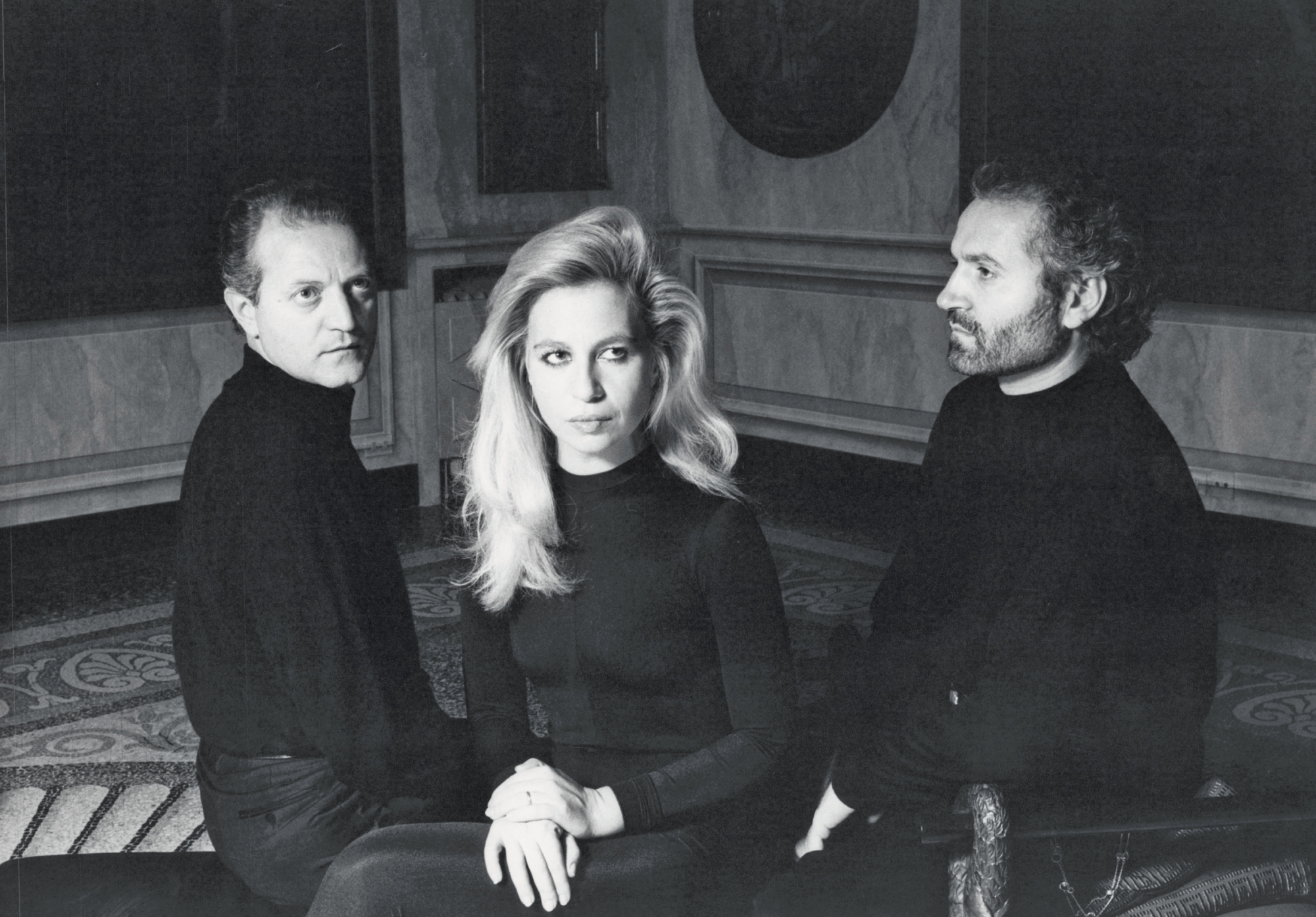 For anyone belonging to Gen X and prior, the Versace Spring 2018 was a melancholic voyage by any standard.

Donatella honoured the twentieth anniversary of that sad day in 15th of July 1997 when the world of fashion lost Gianni, the celebrator of life, femininity and sexual freedom. The show took place in Triennale most suitable for the late designer love for art and beauty. It featured for the first time the most iconic designs created by her late brother between 1991-1995. There was everything from starfishes, Warhol prints of Marilyn Monroe and James Dean, to Baroque, Vogue prints and the Metal Mesh. All these prints were then applied to remarkable silhouettes from the same era and the accessories that went along with them. 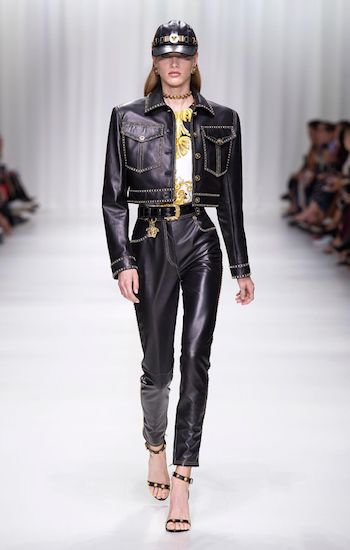 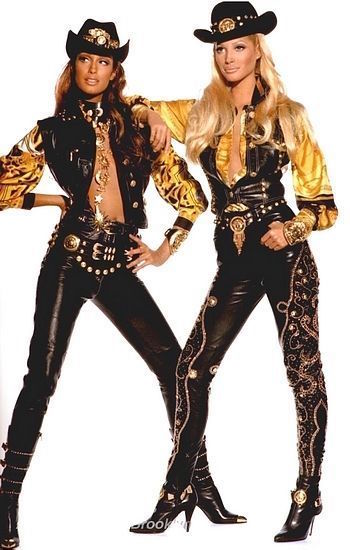 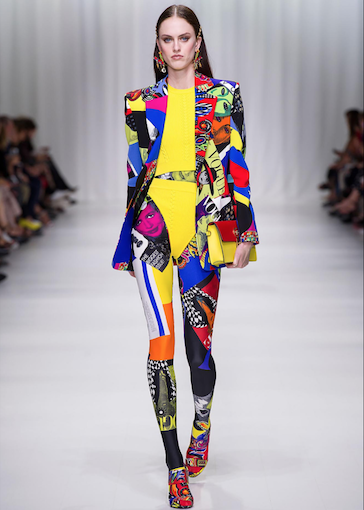 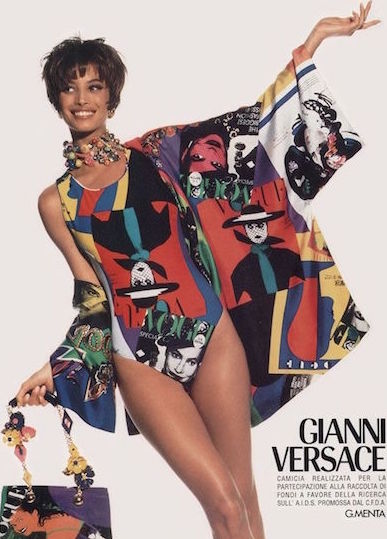 But if you want to know the moment that left us sobbing with uncontrollable tears? It was when Donatella said: Gianni, this is for you. And boom, five goddesses came into the runway like a blast from the past: Naomi Campbell, Claudia Schiffer, Helena Christensen, Cindy Crawford, and Carla Bruni walked in dresses of gold mesh from the Fall 1994 collection and walked to the rhythm of Freedom by George Michael.

What can we tell you more! If the fact of twenty years passing since Gianni’s passing, the heartwarming tribute by Donatella, the incredible archive coming back to life, the more than ever gorgeous supermodels, and the sound of Freedom by another very much missed pop king doesn’t make you lose it, then maybe it is time to think of a career change! 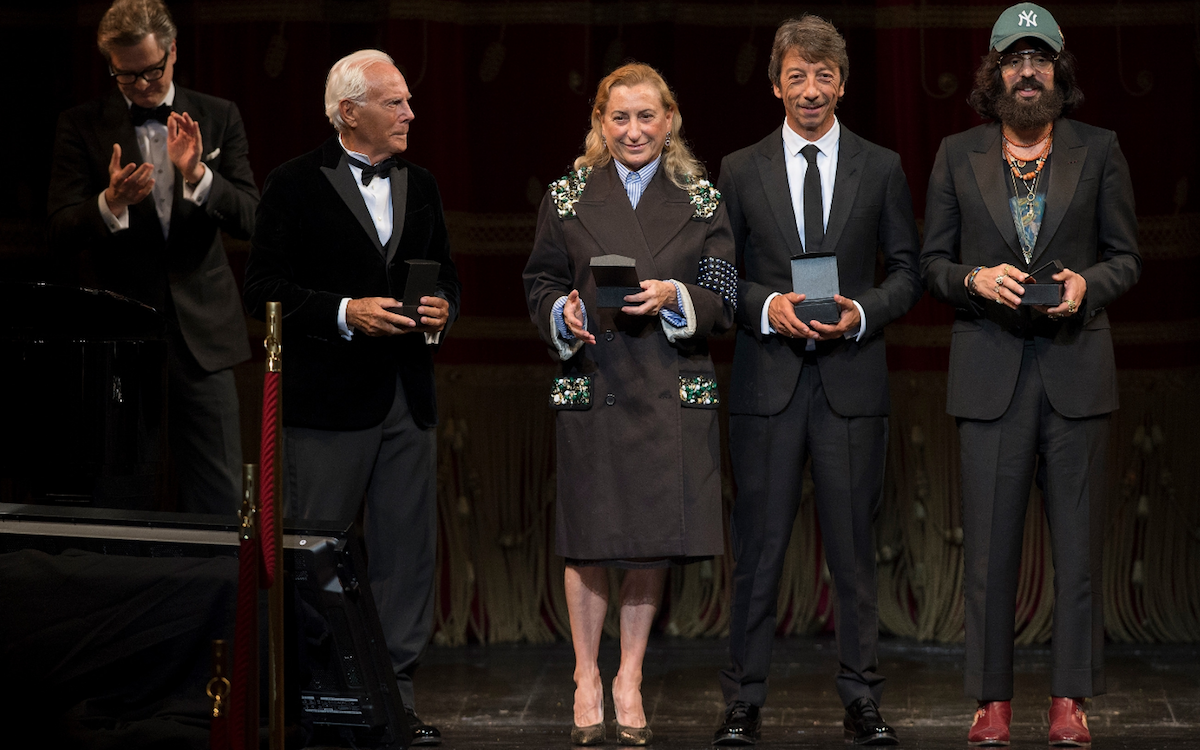 But hold your breath, this was not the only “first” that night. The whole event where the award took place was a first in every sense of the word. It is called the Green Carpet Fashion Awards, Italia 2017. Initiated by (CNMI), in collaboration with Eco-Age, and with the support of the Ministry of Economic Development (MISE), the Italian Trade Agency (ITA) and the patronage of the Municipality of Milan. The aim is to build sustainable values in a notorious industry when it comes to its green footprint.

“We are still at the beginning of the sustainable fashion movement. There is a long way to go. But to have so many of the industry great and good here, standing together, with a shared intent to improve the way the fashion business works, is a very good start.”— Livia Firth, founder and creative director of the sustainability consultancy Eco-Age to the New York Times. 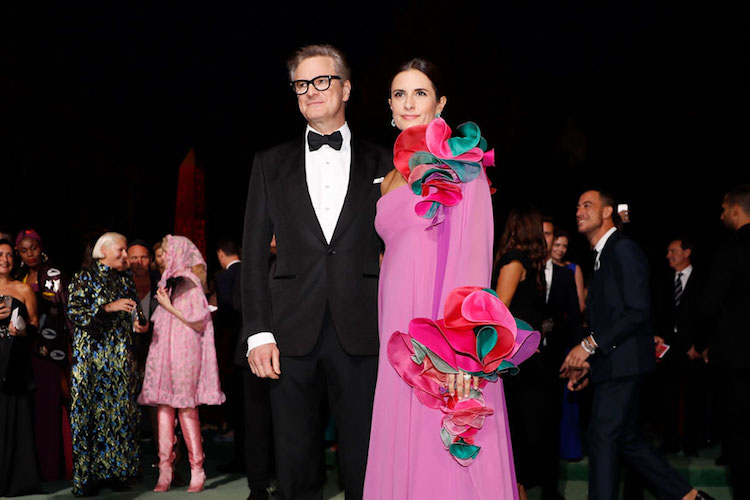 Source: Colin Firth and Livia Firth as they arrive for the GCFA event during the fashion week at the Milan's La Scala theatre, Italy, Sunday, Sept. 24, 2017. (Image: AP)

The focus of the award is on total sustainability (environmental and social) and the celebration of Made in Italy – one of the most vital supply chains in the world. It brought together Italy’s finest from fashion designers to luxury brand names and emerging designers under the same roof for the first time. According to the website dedicated to the initiative, eco-age.com, the award is born due to a lack of an actionable programme related to fashion and sustainability:

‘We’re aware that there are many fashion awards, and some of them even nod to sustainability with a token award. But what’s missing is an awards programme that celebrates total provenance, sustainable innovation, and the work that has been and is being done in the supply chain to preserve sustainable production, and to innovate towards a lesser footprint. The Green Carpet Fashion Awards are unique because we are putting sustainability – arguably the most important movement for humankind – at the heart of fashion.’

No one in their right mind could argue with the value of such an award. Yet, the ugly side of the internet was here to disappoint. We were astonished by the superficiality surrounding the comments of users on content shared by the event attendees. One example took place at Simone Marchetti’s Instagram profile @Marchettisimone. Marchetti is an established Fashion editor of Repubblica.it with a long history of fashion journalism. In one of the posts, he shared a video of the historical moment and added the caption United we can do great things. If you go fast you go alone. If we go together, we go far. An amazing moment #greenfashionaward.

Yet a number of his audience, however, had their eyes on an entirely different detail. While some got fixated with Alessandro Michele wearing a cap on the stage, others referred to how Colin Firth attempted at giving the award first to Mr Armani instead of following the etiquette of prioritising the lady on stage Mrs Prada. In fact, the fashion editor, understandably, could not hold his frustration which led him to comment and tag the involved people saying that ‘the banality of your comments offends both our intelligence.’

Nevertheless, it is only fair to mention the heartwarming comments the post equally received with lots of love and respect. The video was showered with proud followers celebrating their Italian masters of taste as role models building Italian culture and exporting Italianity to the world. After all, who can blame them! If you love fashion, then we would argue that there is not a more relevant moment to enjoy your Italianity and the beauty this country creates.

The Not So Secret Show! 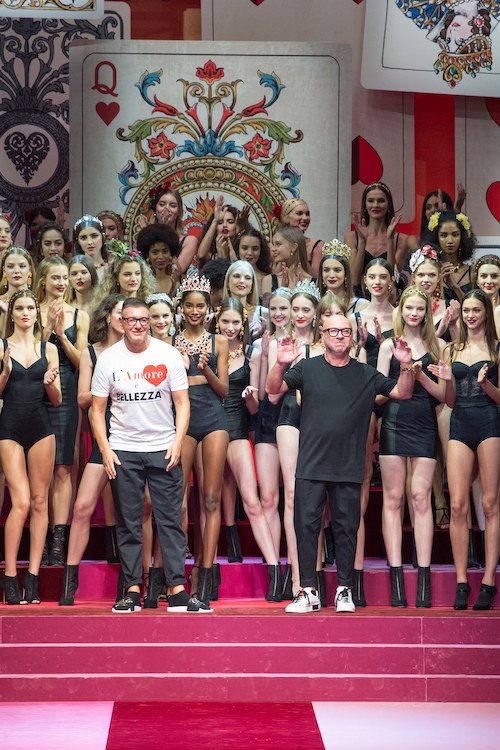 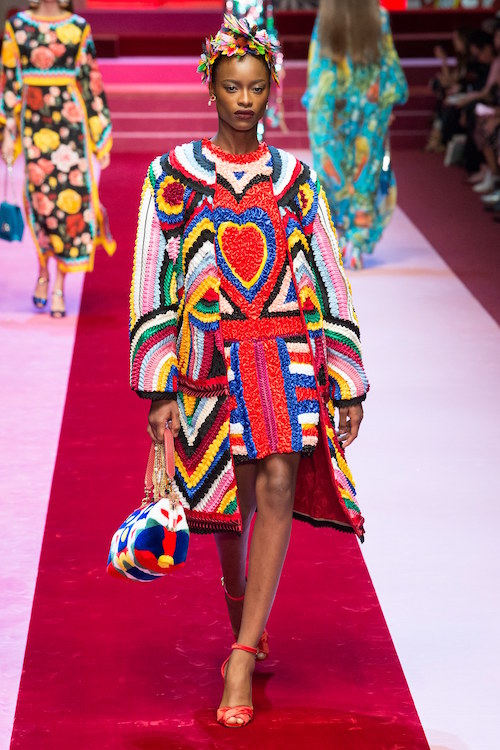 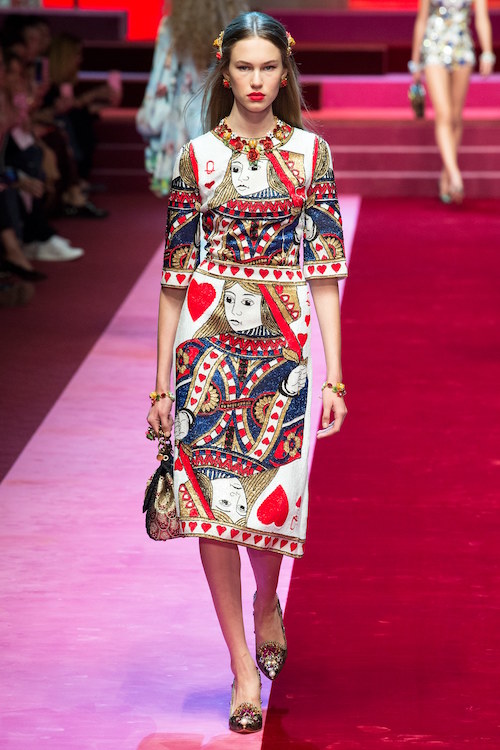 This season, the fashion duo, Domenico Dolce and Stefano Gabbana, managed to stage two fashion shows within 24 hours! The first one “the secret show” included on its runway their clients with their mini-mes. The list included British royalty members such as Lady Amelia Windsor and the daughter of pop icon Noel Gallagher. 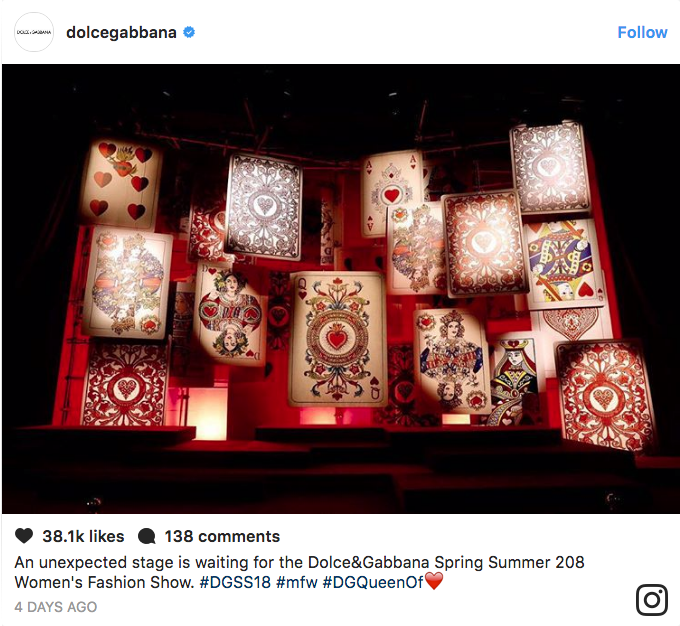 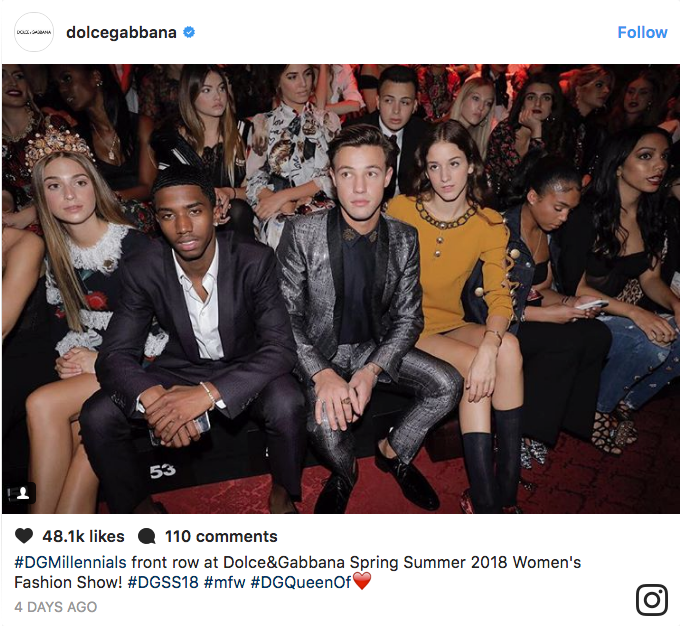 Gabbana said that it was their way of connecting and indeed paying tribute to their clients. The front row was filled with twenty-something instagramable millennials witnessing the collection of “Queen of Hearts” and love as an overarching theme. Conclusively a variety of the iconic corset black dress were also present. The show proved that Dolce and Gabbana are in tune with their brand identity and aesthetic codes which also applied to their original client base and their offsprings. Love their world of reference or not, what they can achieve today could not be claimed by many other brands with similar age. After all, the brand never claimed to be an intellectual one, and they are quite aware that the same applies to their followers. A woman into ostentatious lifestyle and unapologetic philosophy of more is more.

This season marked the twentieth anniversary for Angela Missoni as Creative Director of the much beloved Zigzag brand. Being founded by her parents in 1953, Missoni is one of the rare Italian fashion brands with such a long history that is still family owned. That is why the celebration did not only focus on the incredible career of Angela Missoni, but an equal emphasis was put on the brand’s sixty-fifth anniversary and the union of the family. 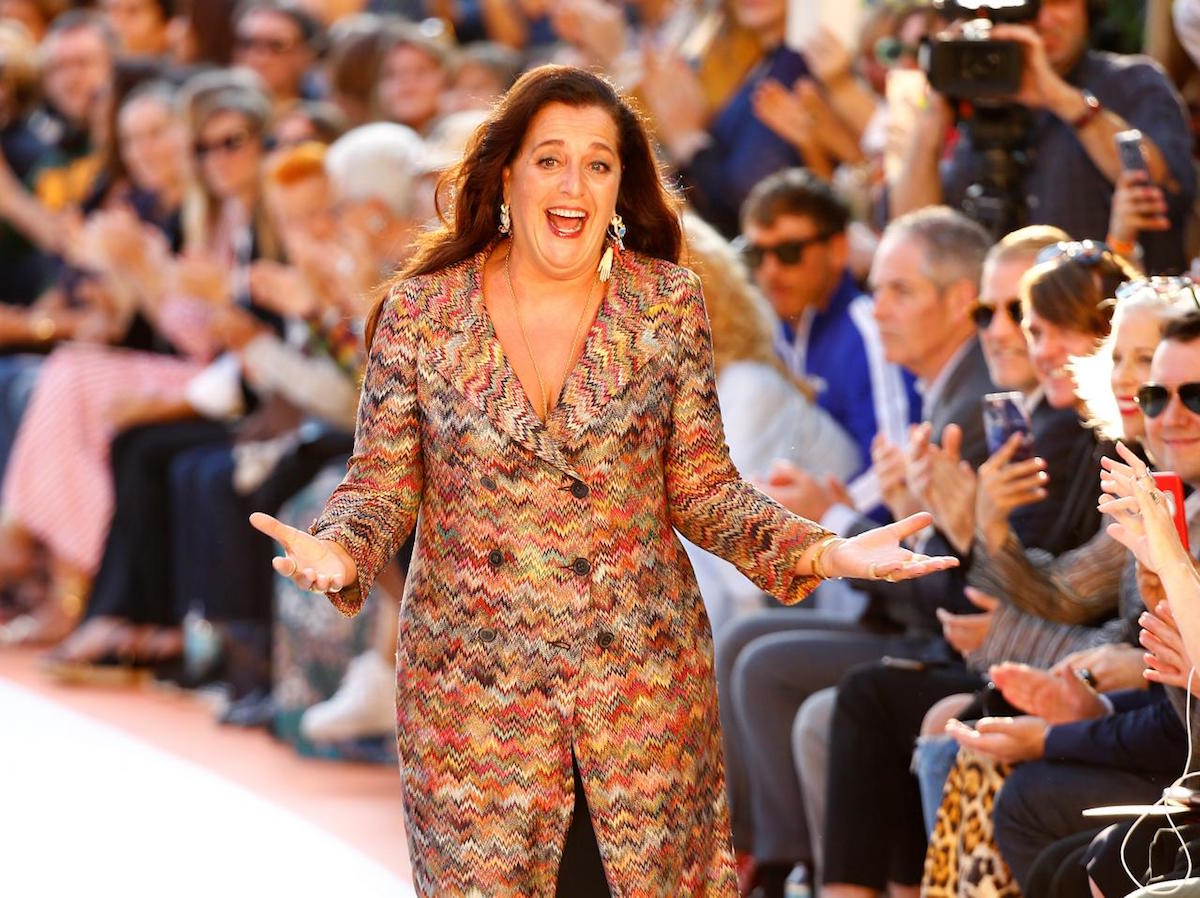 “Twenty years is really a lot. But at least I can say with satisfaction that Missoni is still a family brand, and still an important brand, and that I’ve transformed it from a ready-to-wear business into a luxury business.” — Angela Missoni for The New York Times

The event included the fashion show, a dinner and an after party worthy of a lifetime of
colourful, creative knitting. The venue was decorated with the artwork of Rachel B. Hayes a défilé including women and men’s fashion reminded us of why this Italian brand merits such honouring. Pinks, oranges, blues and greens were merged giving us straight lines and flower figures with translucent finishing that showed the models silhouettes. A collection that was a treat of the brand iconic rayures tricot. 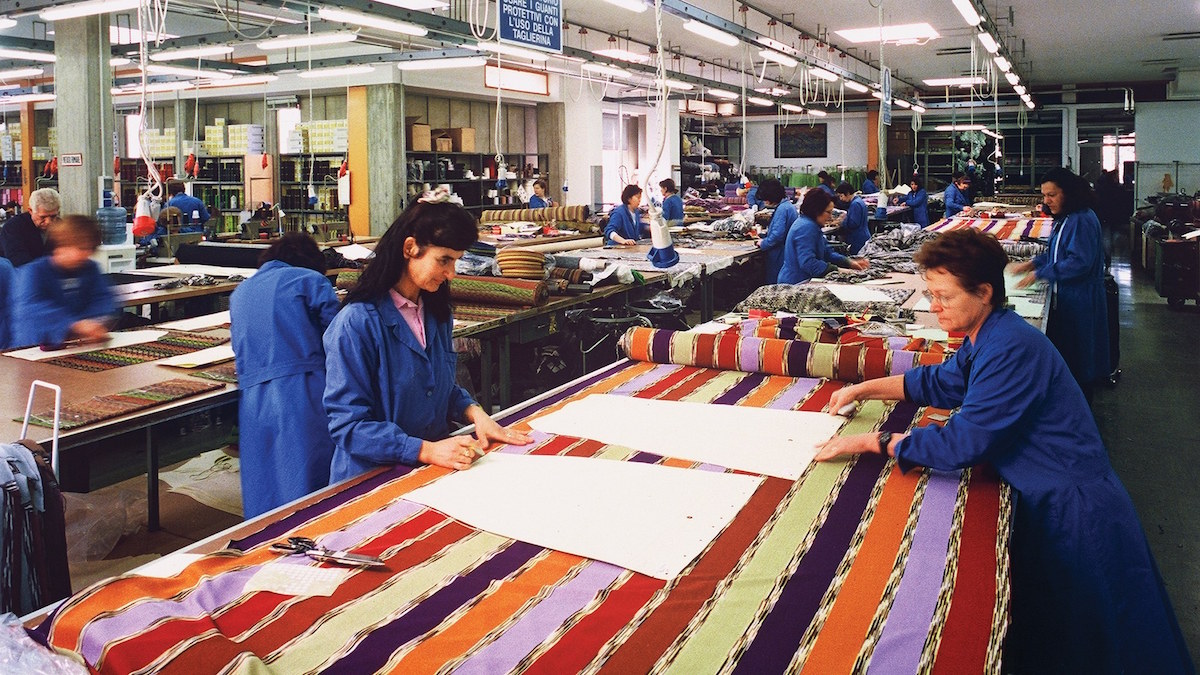 The magic of this brand is that they have maintained such an iconic symbol in which many generations are familiar with them and can spot a Missoni at a glance. This recognition should not be surprising giving that the family business is split into equal parts: producing the knits in the Varese area north of Milan on their looms, and then the designing of the collection.
No wonder it maintained a fil-rouge for 64 years! And here for many years to come.