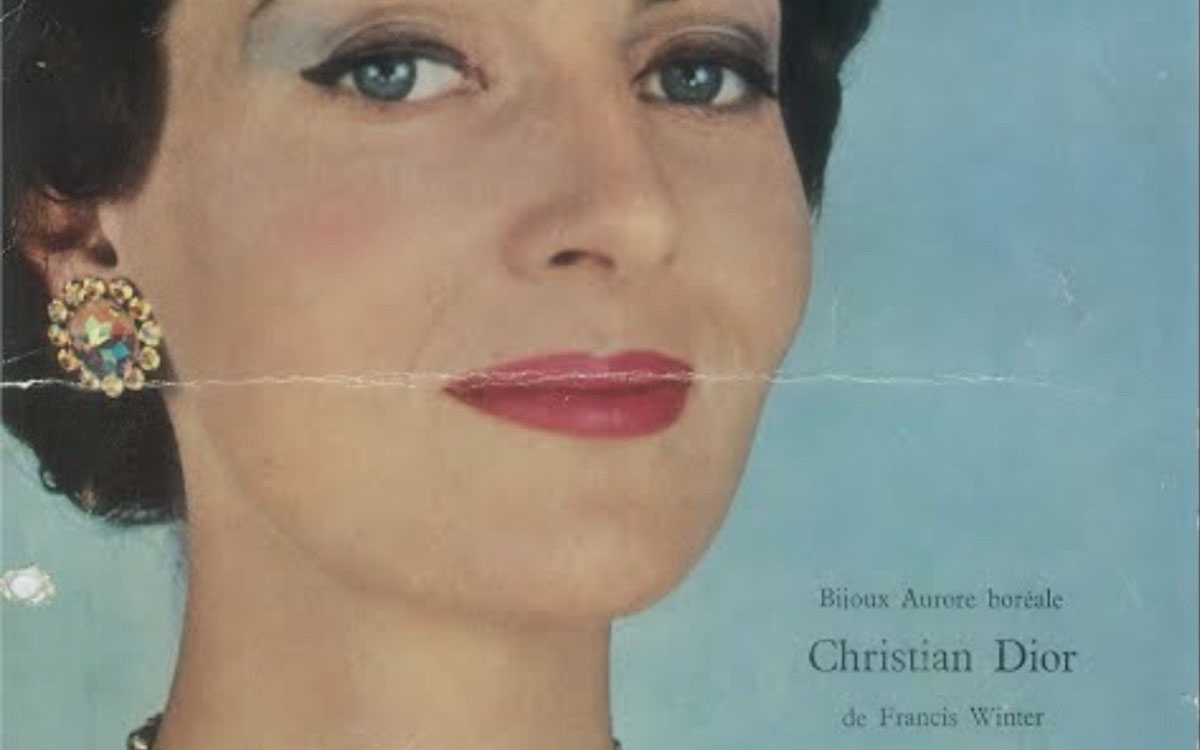 Historical Overdosing – to live in a period when too much seems to happen. Major symptoms include addiction to newspapers, magazines, and TV news broadcasts” so signifies Douglas Coupland in his 1991 Generation X.

While the addiction feeding medium metamorphosed into internet media, the phenomena stands even more evidently today. Slavoj Zizek wrote extensively about this repetitive cycle of moral failures in his book: first as tragedy, then as farce. Zizek argues that just a few months before the credit crunch, the world’s most pressing issues were global warming, AIDS, and access to medicine, food and water. However urgent and disastrous the effects of these issues were and still are, the world did not see tangible actions taking place to face them. In contrast, the response to find a solution to the financial crisis was alarmingly immediate where mountains of freshly printed cash showered the financial sector while turning a blind eye on old priorities. Along these lines, basic moral and human right issues such as access to health are evidently marginalised and Capital is, again, crowned as the ultimate global truth.

One would wonder in such climate if there is a place for existential questions such as what is true? If it is true, how do I relate to it? And if there is a place for alternative truths in the first place? These queries appear especially problematic in times of fake news and highly stylised uniformed picture-perfect arrangements hovering over our heads.

Still, as human beings, we are wired to adapt to our environments. So we find ourselves either floating around the surface or relying on journeys of self-discovery to form an understanding that enables us to conquer it or at least make peace with it. Take for instance “the Mick Jagger of the nonfiction”, Richard David Precht, who urged by these very same questions, travelled the world in a philosophical pilgrim in search for reliable answers. His bestselling book Who am I? And if so, how many? Shared his take about the nature of truth, love, and the meaning of life and invited readers if not to believe in his newly formed conclusions, then to possibly build similar thirst and courage to step through a similar quest to examine life and its meaning. 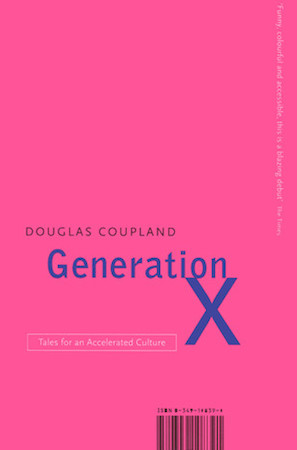 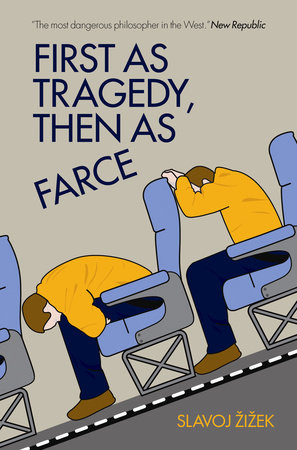 Žižek Slavoj. First as Tragedy, Then as Farce. Verso, 2009. 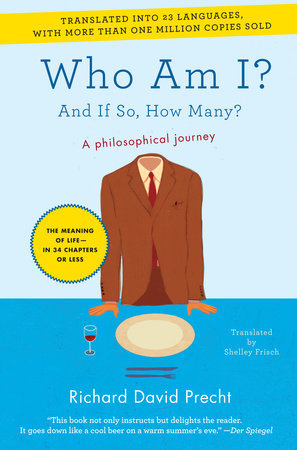 Understandably, not all have the intellectual inclination and zest of Precht or Zizek. Heaven knows that just pronouncing their names is a challenge, let alone the complexity of their arguments. It is this very feeling of inadequacy that often leads to mimicking the work of such thinkers in hopes of making a render of the world. This notion, nevertheless, could prove paralysing when the intellect at hand is idealised and in extreme cases turned into a hero with access to the ultimate truth which builds an air of intimidation hindering the individual’ creative process in alarming manners. Which leads us to the purpose of this article: how does these philosophical questions apply to an industry perceived by many as absolute, superficial, and vain?

These questions lie at the heart of fashion studies. It might not seem obvious, but we would like to believe that these interrogations are maybe best conducted by working in fashion– an industry tightly linked and reliant on identity building and self exploration.
The fashion industry is packed with cases of people suffering the syndrome of intellectual paralysis– the event of being overwhelmed, hence paralysed, by what was created before you.
This frequently leads to one of these scenarios:

1. Abandonment: leaving the field all together especially if you are a designer. The subject believes that a chance of creating something original or finding a personal stylistic code is a near impossibility.

2. Plagiarism: copying other people’s work. Often unaware due to lack of adequate research. The designer does not know how to break free from what inspires her and uses the work of others without adding her interpretation.

3. Superficiality: similar to plagiarism yet it is due to lack of analytical skills. Designers are not able to use inspiration as a mere starting point to construct and connect layers of meanings.

Difficult as it may seem, intellectual paralysis can be conquered by understanding that regardless of the attachment’ level to a hero, it is paramount that they are eventually mentally “killed”. To frame them as providers of partial truths and what we learn from them as one piece of the puzzle because a big part of being an idol or a genius is the ability to summarise an era– i.e., being at the right place and time. The other part relates to an obsession with the subject manifesting in endless trials, errors, and curiosity. In other words, many share a state of raw enthusiasm and a love for a subject, where they differ is in the way they are tuned to the circumstances surrounding them.

Take the story of one of Bad Accents’ heros, it goes like this: it is late forties with France just recovering from the horror of WWII, and the maison of Christian Dior was at its peak of success. A young 19 years old, Yves Saint Laurent received a gift straight from heaven when he was introduced and appointed by the house of Dior to work directly under the legendary designer himself: Christian Dior. Just as the young Yve started getting a grip of his apprenticeship, Mr Dior dies suddenly and the young Yves was left with no other choice but to take charge of the house as creative director. A couple of years forward and he meets Pierre Berger who falls in love with him and helps in building his own couture house using his social influence, financial resources, and business acumen creating in the process one of the most iconic fashion houses in modern history and consequently the phenomena of Yves Saint Laurent the idol. 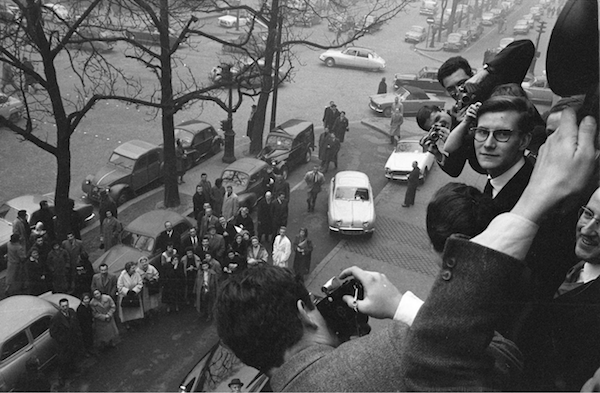 Yves Saint Laurent awaits guests at his first fashion show as creative director at the house of Dior, 1958. Source: “Wehadfacesthen.” We Had Faces Then, 2016.

This story along with many others in the fashion history books paradoxically confirms and defies the legend of the genius designer. From Valentino Garavani to Vivienne Westwood, Alexander McQueen, and John Galliano history shows that they all shared the same storyline:
Young designer obsessed with fashion (Raw Enthusiasm), goes to Paris or London (right place) in a significant socioeconomic era (right time), finds someone who provides an economical and emotional support system, and eventually sums up an era through her fashion (the genius).

This phenomenon was coined by the English composer Brian Eno as the Scenius- the intelligence and the intuition of a whole cultural scene. It is the extreme creativity that groups, places or “scenes” can occasionally generate. Vivienne Westwood might not have been the brilliant fashion designer that we love and respect if the cultural scene that she operated in was not receptive to her work. In the long term, however, it is necessary that history confirms its agreement with the status of the idol. Once this is done, the status is reinforced and referenced by historians, and eventually acknowledged by the rest of us.

It is this realisation that a sense of peace with the genius can be reached. Following the journeys of idols, contemplating their ideas, figuring out how to feel about them, tracking their heroes, killing them, and finally repeat. Equipping oneself with this framework, the whole relationship shifts from a passive to an active one. What might have seemed as near impossibility, could prove to be, in many cases, a failure of imagination. This knowledge mining, comparison, analysis, and filtering is a critical practice for all creatives. It allows facing the fear of answering questions such as why does an idea matter if it was thought through before? How much of it is mine, and how much of it is pure plagiarism? Am I capable of original thought? How can I create anything when I have Camu, Barth, or Russell sitting on my bookshelf?

The answers might not be as assuring as we would wish them to be. The take remains that it is this exact state of raw enthusiasm and openness to potential vulnerability is what drove your heroes in the first place. The substantiality of their work and legacy is the result of rigorous thinking and unstoppable curiosity about the world they lived in.